I got up all excited yesterday, checked my bike, ate my porridge, showerd, checked bike, got into my retro kit and set off through a downpour to the start…to find my self on my own.

The race was today.

So, had the same kind of start, with sunny weather,off  I rode on the Nuovo Mexico 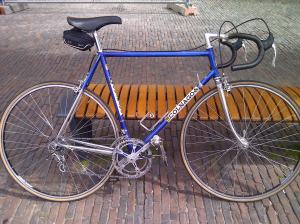 This was the organizer’s maiden event,which was in Haarlem in the North of Holland. 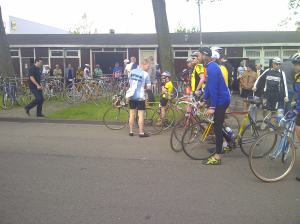 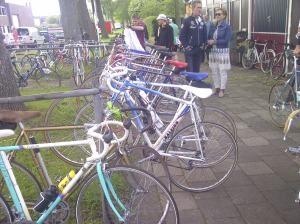 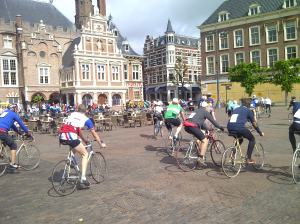 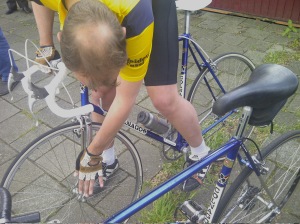 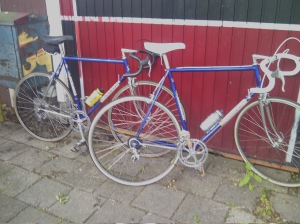 The Super had 3 top tube cable guides, mine has two,

I’ve sheered away from a few alleged “Colnago” bikes with 3 cable guides as it usually means fake, but this was the real thing.

The guides on mine seem to be different to the Super, I had originally thought this may have been an aftermarket extra, but perhaps Colnago built with either 2 or 3 guides.

The ride stopped in the beautiful village of Spaarndam,just oustide Haarlem, 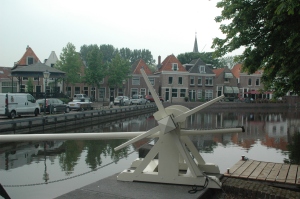 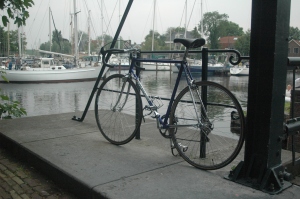 some of the houses date from the mid 16th century

I saw that some of the other riders had started moving off, so I followed.

I passed a few fellow riders , and rode down a path by a canal with some houseboats moored alongside.

Suddenly I came across this 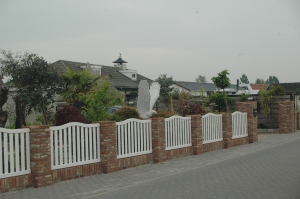 now , in the owners eyes, this is probably Southfork or the Ponderosa, but seemed a little too Never Never Land for me, and when I saw this 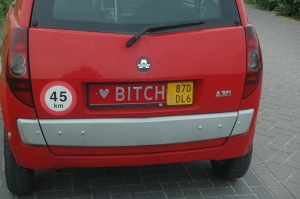 my instincts told me to move on.

So I did, and to rub salt in the wounds still raw from my heroic failure of yesterdays wet, none existent race,I realized I was lost.

No drama though, the Spaarnwoude area is beautiful, and it was an opportunity to get a few more routes in my head, I was down for 80km, so I had about 3 hours in the saddle instead and called it a day.

Better luck next time I hope.