I was blessed to have been invited to the London unveiling of a very , very special road bike ….

Made in honour of Mr Ernesto Colnago ‘s 87 th birthday , 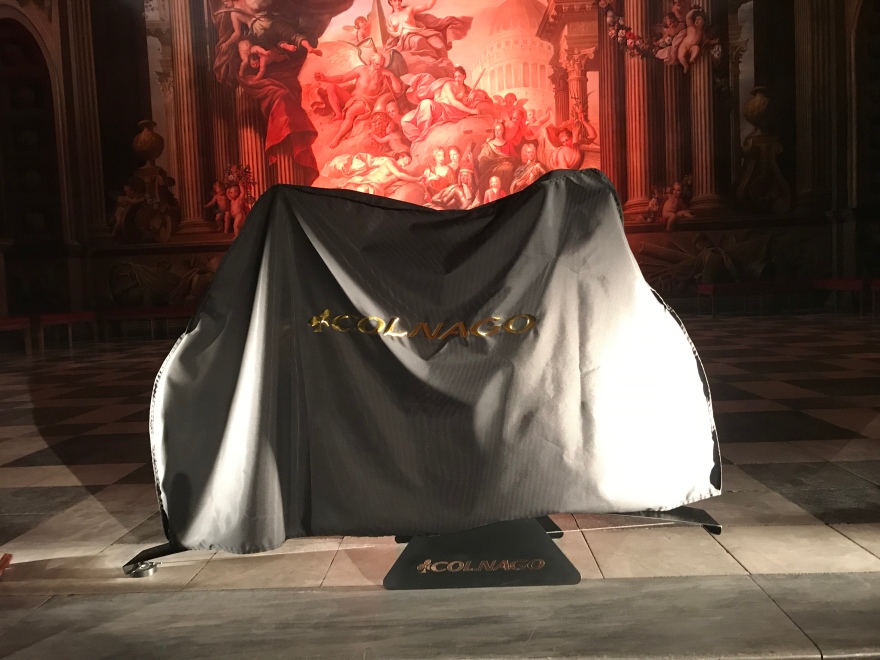 A one of a kind Colnago ‘ 87 ‘ , a 24 carat gold plated 2nd generation Colnago Arabesque , with Campagnolo 50 th anniversary gruppo … 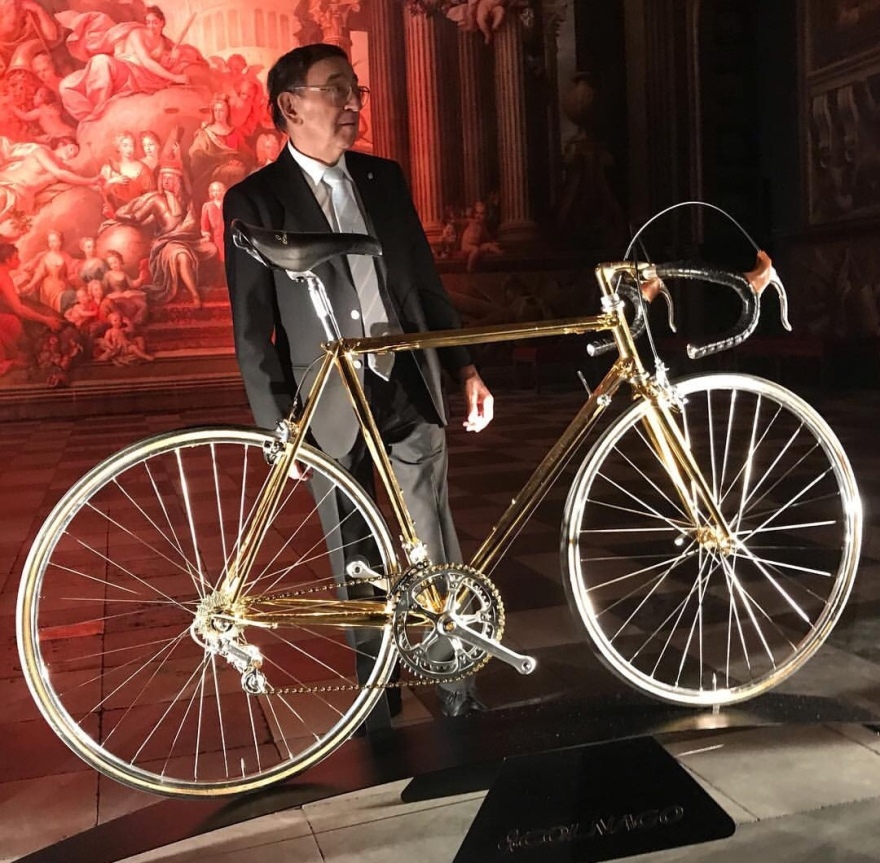 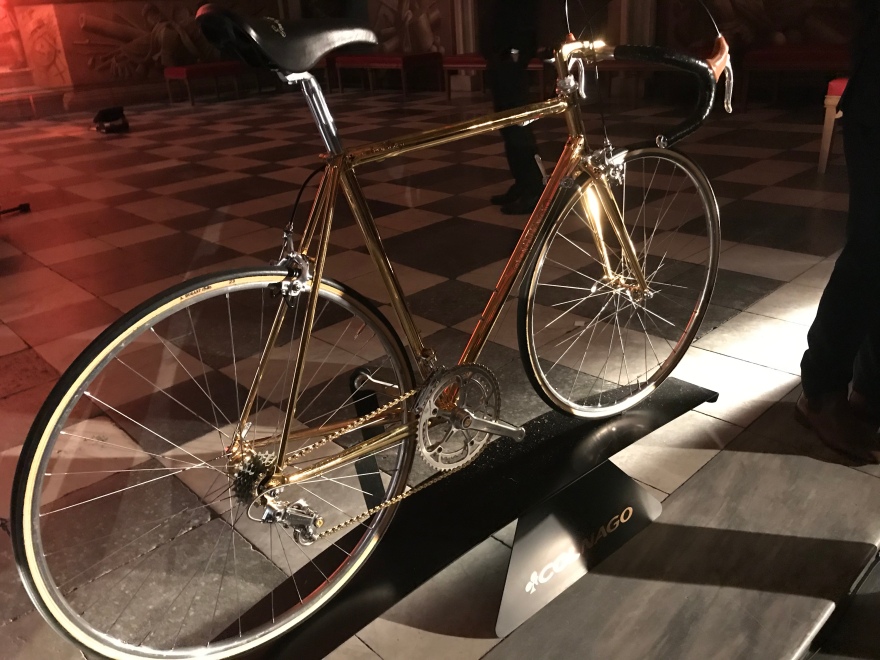 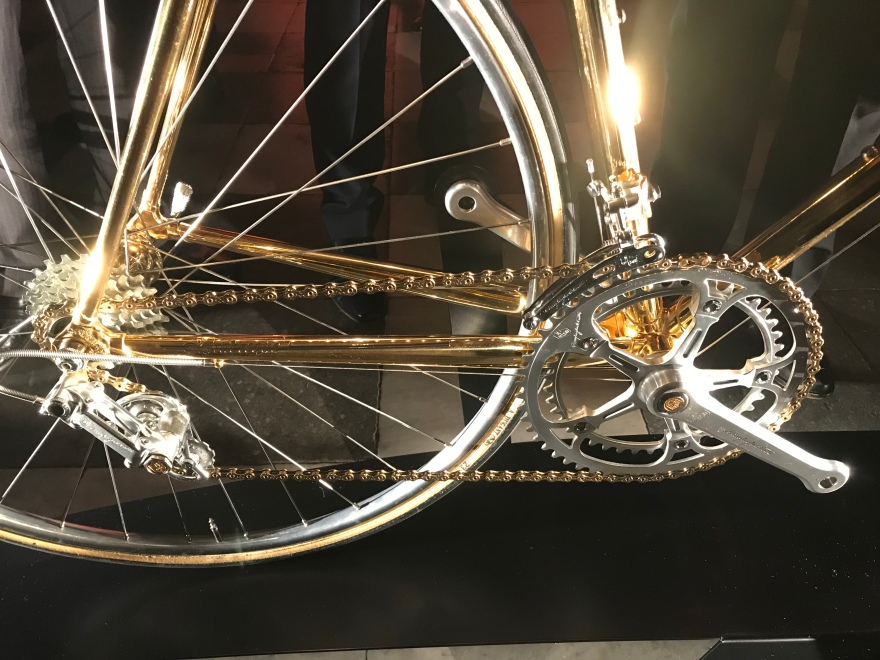 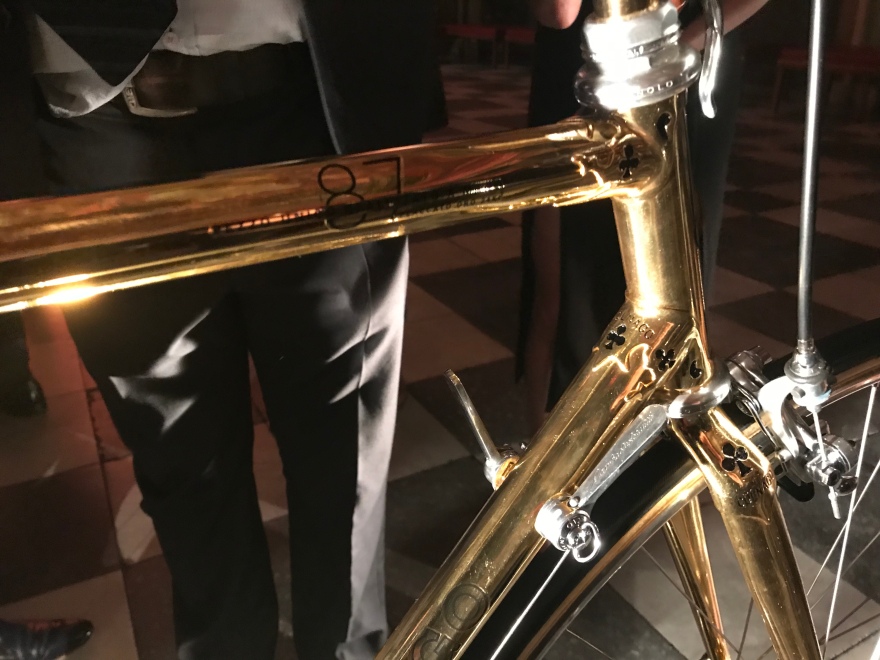 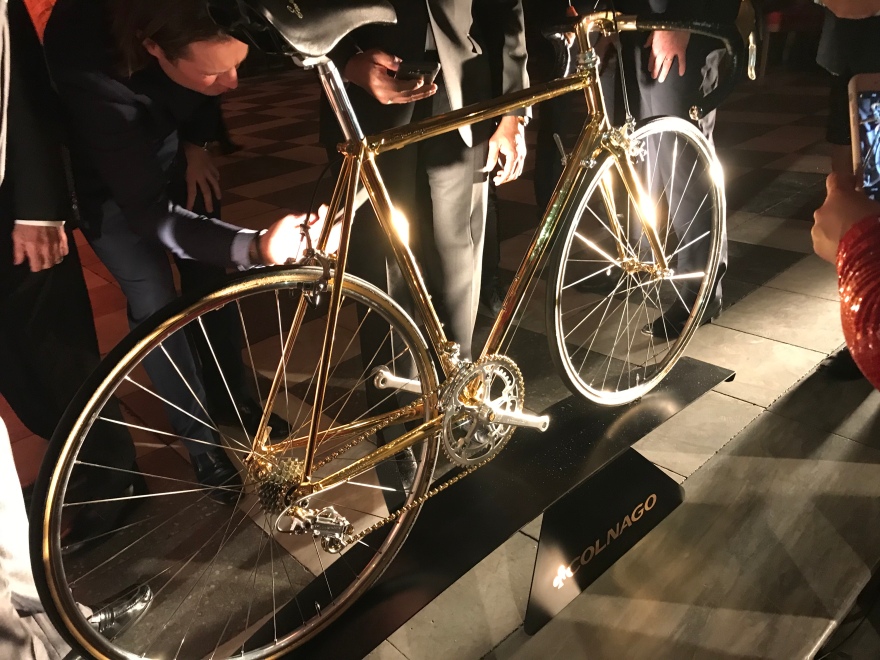 And I managed to meet the Steve McQueen of pro cycling , Mr Giuseppe ‘ Beppe ‘ Saronni , 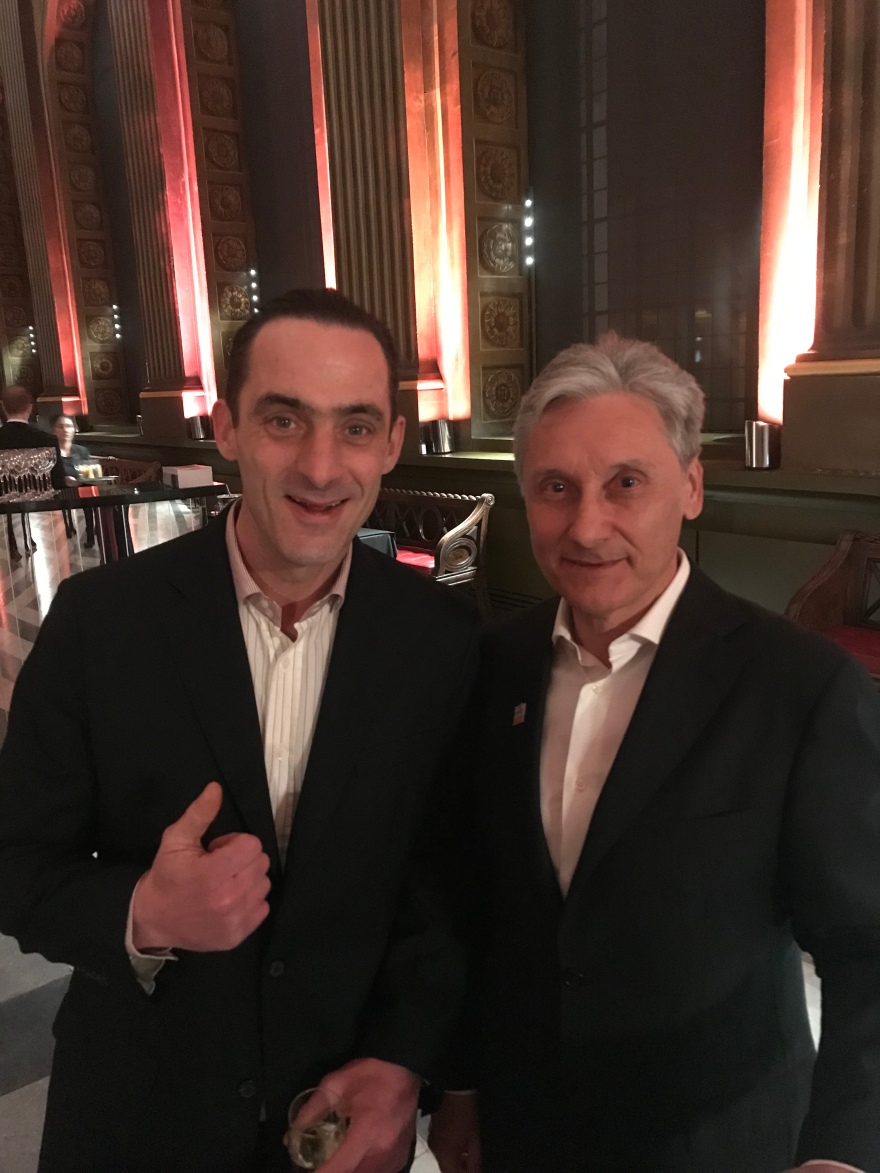 Happy Birthday Mr Colnago , thanks for the joy you bring !

I took a ride out on my ’96 Master Olympic to a bike jumble at a cycling club, and bumped into a trader I know who had a stall there. here’s some of what he had

a nice De Rosa above, this circa ’96 Colnago Master Olympic, though the gruppo is a little earlier .. 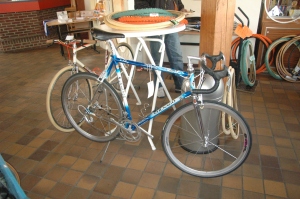 a Colnago Dual CX frameset, which I had actually had a bid on via an on-line auction before, but pulled out as it did not have the correct forks, was missing cable guides, and was too small.. 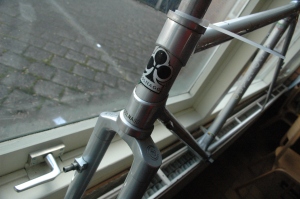 notice the Colnago headtube stamp, same as on my as yet unidentified carbon frame..

Both were made for Colnago by Alan.

The trader also had a beautiful Colnago C35, sadly only managed to get a silhouette… 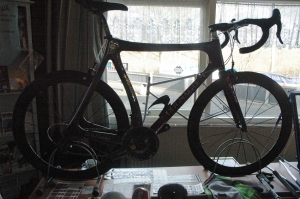 probably the most understated example I’ve seen ( or touched!), Campagnolo Super Record 11 gears and brakes with an original Colnago  C35 crankset, the trader seemed unaware of this less tasteful example for $22,500

he said he wasn’t selling his!